After a hiatus and some spikes in my motivation, the sneakerhead stories are finally back. In today’s feature, Houston (Texas) native Zach Murphrey talks to me about how he got into a wide variety of kicks, tells you some of his favorite spots to shop at, and talks about life after Hurricane Harvey in his city. He also looks back at his childhood years, shares some crazy memories and gives us his top 5.

Hey, my name is Zach Murphrey but a lot of my friends call me Ekos which was a name I adopted for myself when I was younger and actively wrote graffiti. I am originally from the great city of Houston, Texas but I now live about an hour northwest of there in a town called Brenham. I’m 39 years old and currently work in the oil and gas industry. First and foremost I am a follower of Jesus Christ, a loving husband, and a proud father of three incredible kids. In addition to that I’m a collector, artist, book lover, thrift store junkie, and food connoisseur.

Tell us about your childhood years and growing up in your city.

I grew up in the north central part of H-Town in a neighborhood call the Heights. As I mentioned, graffiti art was a huge part of my life growing up but like many kids in the inner city I was also introduced to sneakers at a very early age and was immediately infatuated. After the introduction of the Jordan 1 in ’85, by the time ’88 or ’89 rolled around, nice sneakers had become an essential part of every young lad’s attire. Even for a kid like myself who was still in elementary school during the late eighties, if you came to school with a lame pair of shoes on, you were subject to being ridiculed by your peers. Unfortunately at that time, my mother had no intention of spending big money on a pair of sneakers that I would grow out of in a matter of months so I caught a good share of that ridicule personally. The first shoe that I completely fell in love with was the black & red Jordan 4 back in ’89 but it wasn’t until a couple of years later when the 6 dropped that my parents finally gave in to my persistent begging and took me to get my first pair of J’s.

How has life been in your city after Harvey?

Hurricane Harvey was absolutely devastating for Houston. It was heartbreaking for me to watch the city I grew up in and love so dearly, go through such a tragic event. However, one thing about Houstonians and Texans as a whole is we are some of the toughest, most resilient people on the planet. When the Astros won the World Series last year it was extremely symbolic because it was more than just a win for the team, it was a win for the entire city who had been through so much. It represented the victorious attitude that Houston and the community had taken on in the face of adversity.

How did your love for sneakers begin? At the time, what were people around you rocking on feet?

As I mentioned, the Jordan 4 is really where it all began for me but growing up in the 80’s and 90’s was great because it allowed me to witness the birth of many other shoes that still hold relevance today. There really wasn’t as much brand loyalty back then. In fact, it wasn’t uncommon to walk down the halls at school and see people wearing Kangaroos, Puma, Fila, Ellesse, etc. It was a wonderful melting pot of sneaker diversity that’s had a lasting impact on me. After the emergence of Jordans, another sneaker that I became obsessed with was the Reebok Twilight Zone Pump.  My father bought me a pair of these while I was visiting him for the Christmas holidays and during that visit, a couple of my friends and I decided it would be a good idea to go around the apartment complex he was living in and cut up Christmas lights with our pocket knives. We ended up being caught by the apartment manager who dragged us back to our parents to meet our inevitable fate. In addition to having my beloved Pumps confiscated, another part of my punishment came when I returned to school after the Christmas break. I had to wear a pastel green pair of women’s Reebok classic hi tops that belonged to my step mother for the entire first week back. Unlike the Pumps, a shoe made famous by Dominique Wilkins, this shoe was made famous by women across America who combined them with leg warmers and acid washed Lee jeans. It was a true lesson in humility.

Your collection has a lot of variety. How did that come about?

That’s probably the question that I get asked the most and I’m not sure I have a clear, concise answer. I guess it can be best described as part nostalgia and part boredom. As a collector, most of what I seek out is driven by childhood memories and experiences. Early on I was exposed to so many different kinds of sneakers that as a result, my collecting probably reflects that exposure to some degree. I also just grow easily complacent. Pushing myself to try different brands has definitely become a way for me to combat the occasional loss of interest. 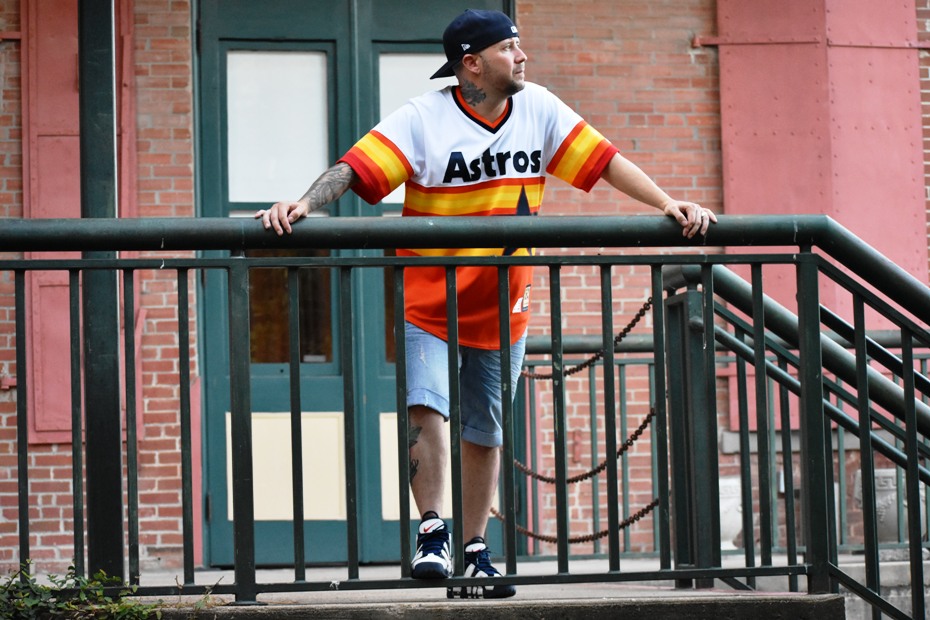 Can you name some sneaker shopping spots for people who might be visiting your city?

Houston offers quite a few good spots but the ones that I enjoy the most are The Tipping Point in Downtown, Proper in the Heights, and Premium Goods in the Rice Village. Even though I do most of my hunting online, these are the shops I like to hit when I’m out and about.

In one of your IG Posts, you mentioned kicking the habit 8 years ago.  Do you want to briefly touch on that?

Yeah man, I’m extremely proud to say that I’ve been clean and sober for the last eight years! When I was drinking and using drugs, everything took a back seat to that disease and collecting sneakers was no exception. Overcoming those addictions has allowed every area of my life to grow and prosper. It’s been an amazing journey so far!

What would you say to people who get lost in brand wars and cannot see the big picture?

To be honest, I find the whole concept to be pretty ridiculous. I can only speak for myself but when looking at the world of sneakers and all that it has to offer in terms of variety and diversity, it seems only natural to try and venture into as many of those different facets as possible. That being said, if you truly only like Nike or only like Adidas, then more power to you! Who am I to pass judgment on your personal tastes and what you gravitate towards? I just can’t operate like that. I’m crazy about cheeseburgers but I don’t want to eat one every day for the rest of my life.

How do you think platforms like StockX and GOAT have changed the sneaker landscape?

I’m not speaking from much experience because I haven’t purchased anything from either of those sources but there seems to be a lot of positive feedback on both. I think the idea of utilizing teams to verify authenticity is certainly a good thing for the community. Of course, I can’t help but ask what certifies these people as “experts” over anyone else with a passion for footwear? Is there an authenticity University that I’m not aware of? All jokes aside though, anything that helps prevent people from receiving counterfeit merchandise is a plus in my book.

What are your top 5 shoes from your collection? 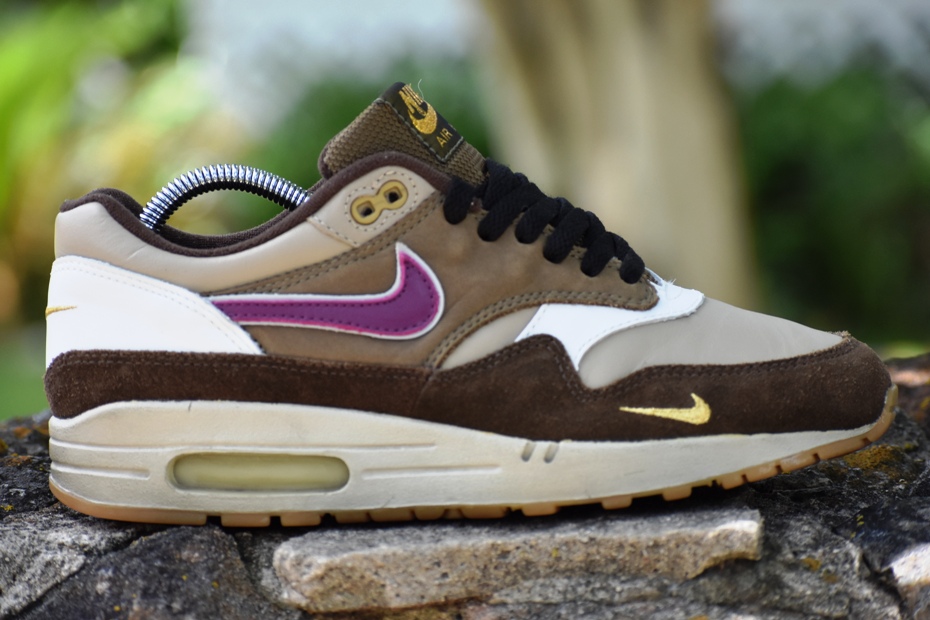 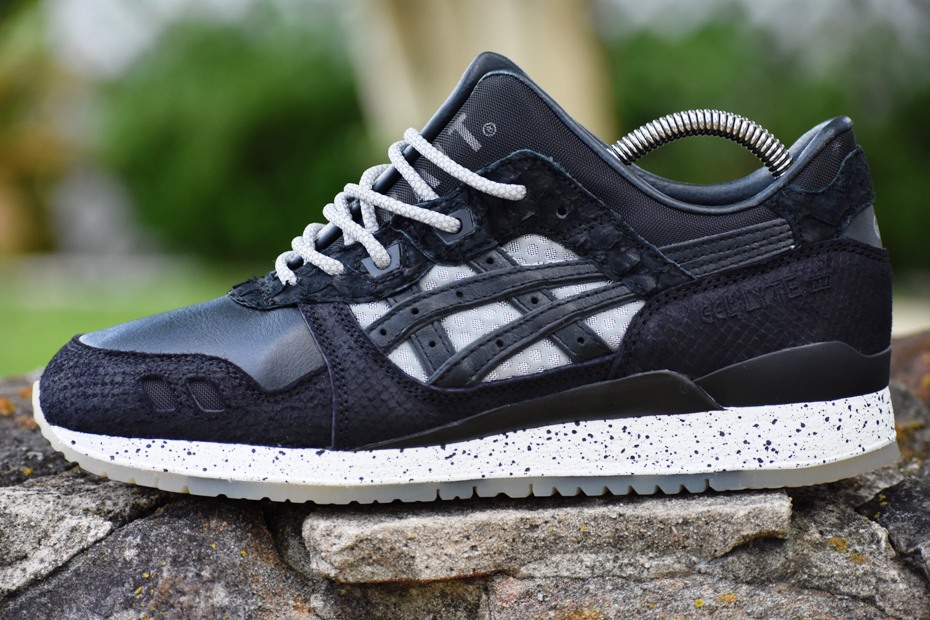 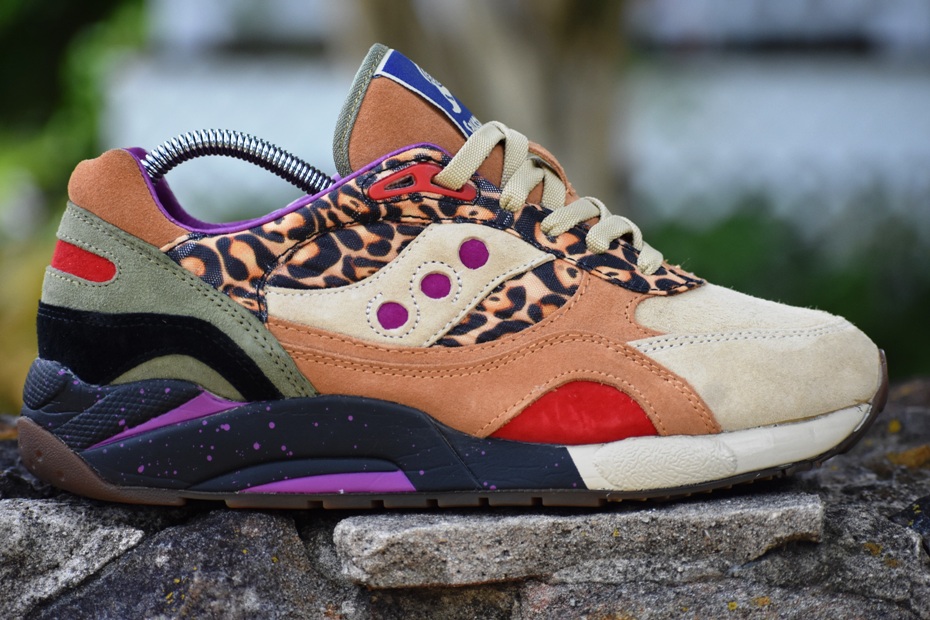 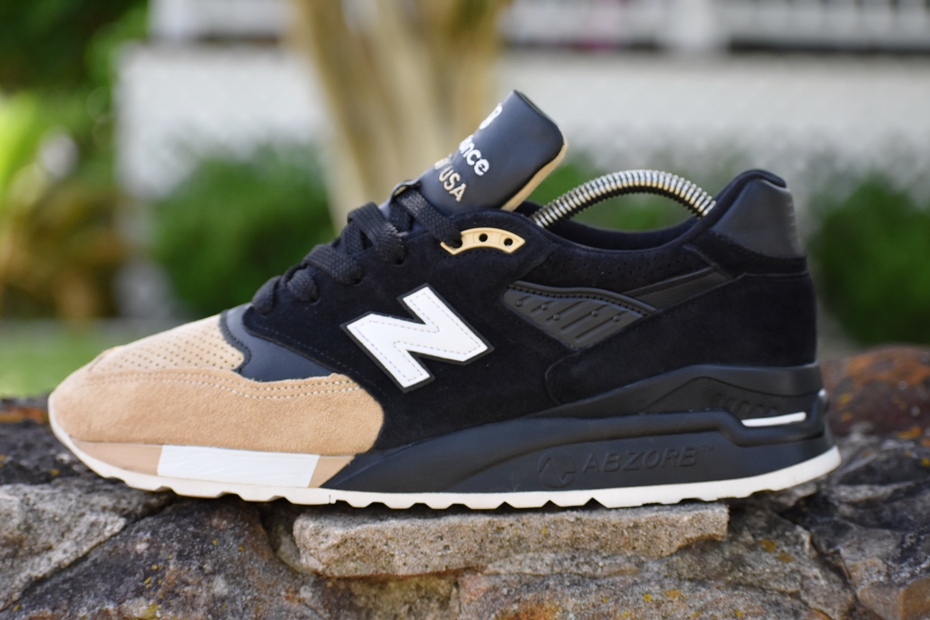 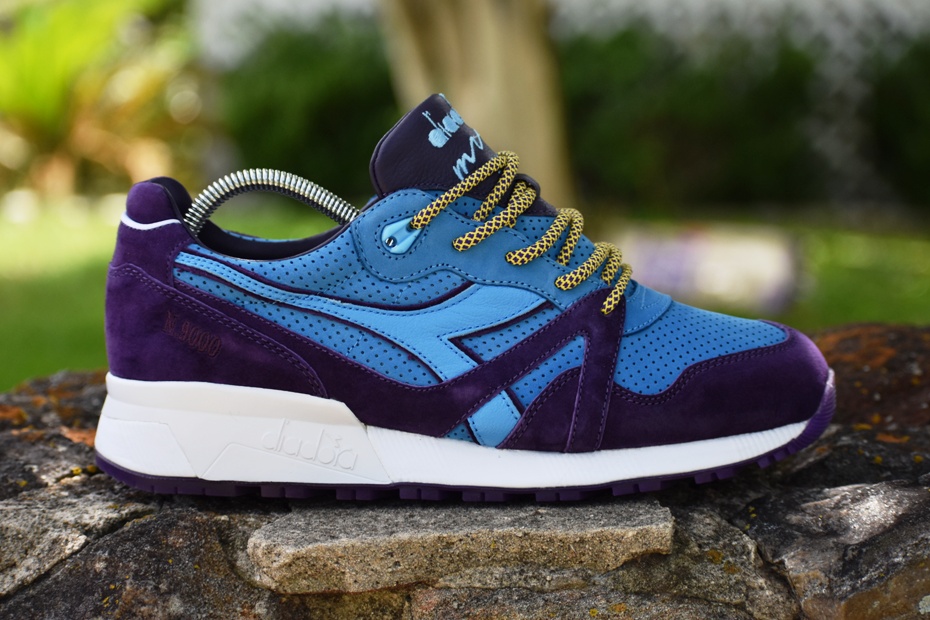 The two pairs that I’m currently searching for but haven’t been able to put my hands on yet are:

I would first like to thank GOD for making all the good things in my life possible and also my beautiful wife @linseyshopper for loving me unconditionally and supporting me fully in everything that I do. Additionally, I want to thank you Aman for giving me the opportunity to share a little about this passion of mine and allowing @_thatshoeguy_ to be the platform where that could happen. Lastly, I want to give a huge shout out to @thesolefirm family and everyone else in this incredible sneaker community that I’ve had the pleasure of connecting with. You can find me on IG @mr.ekos_tx

I had featured Zach on the feed every now and then but always wanted to know who that guy in the gas mask was. It wasn’t until I paid close attention that I found there was more to him than just shoes. He is a graffiti artist and even though you don’t get to see a lot of his pieces, the ones he has shared so far are nothing short of amazing. His feed also reminds you why being a drone about kicks is not the best way to enjoy them and that the human element – the family and friends is what makes it all the more special. He has a sick and diverse collection, the latter being something I always dig over zip ties hanging from a bunch of clones. We need more people who rock what they have and are comfortable doing it. Adversities of different magnitudes disrupt the safe mental patterns we have learned all these years and make us rise above the trivial things in life like never before. I salute Zach’s resilience and feel proud being part of a collective that he belongs to. Thank you for taking out the time to do this feature. It took a lot of effort and it was definitely worth the wait.