The 7th edition in the Jordan series, the Air Jordan 7 was a unique shoe in more ways than one. The 1991-92 season was historic for Michael Jordan who achieved the following feats:

The master designer Tinker Hatfield was at it again. With soft neoprene on the tongue and sockliner, comfort was a conscious decision while creating the shoe. The Air Jordan 7 featured Huarache technology and was much lighter in weight compared to some of the previous Air Jordans. No clear sole, no visible Nike Air logo or a visible air unit. The Nike Air logo appeared only on the insole. 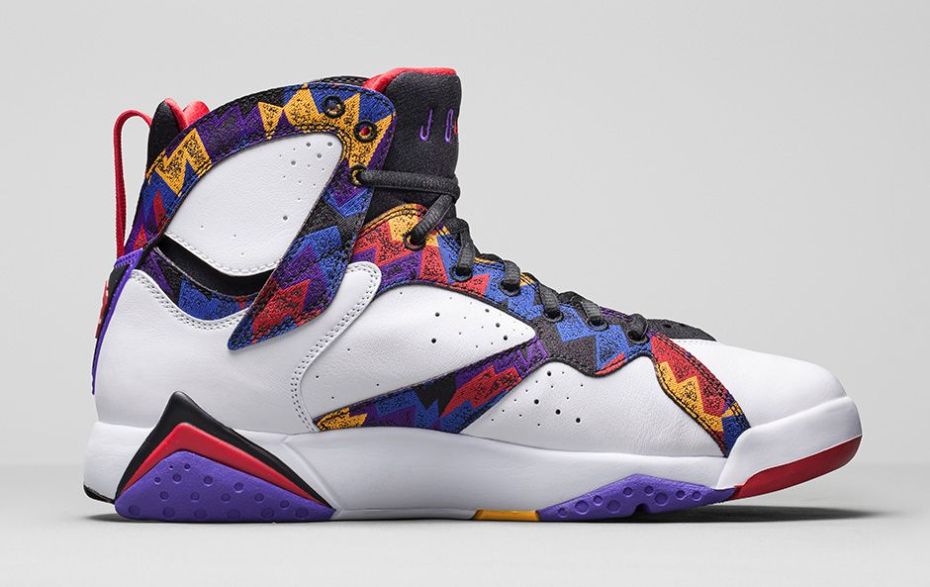 With the Mars Blackmon campaign being overused, the marketing team grabbed Looney Tunes’ very own Bugs Bunny. The Bunny had his own colorway which better known as “Hare”. Taking inspiration from an African art poster, Tinker designed the peaks and sharp geometric cuts on the tongue and sole of the shoe. The shoe debuted in 1992 for a retail price of $125.