When you buy a pair of shoes from a company that was started by a cobbler, you know the workmanship will be second to none and that generates a sense of belonging like no other. Italian cobbler Marcello Danieli started the company in 1948 and Diadora would soon become a brand synonymous with mountain boots. The brand’s transition into producing advanced running and athletic footwear came about during the 1960’s and they have never looked back since.

Another retro runner from the 90’s, the V7000 appears as the more stockily built silhouette with a blocky design. It looks and feels more compact as opposed to the N9000 which feels like it is lounging on a beach chair. It’s a very comfortable shoe with great arch support and I happen to have a few that I haven’t rocked in a while. It is structurally very different from its older cousin but has its fair share of admirers including myself. Some notable collabs include Foot Patrol, Ronnie Fieg, End Clothing, Afew, Ubiq, The Good Will Out, Patta, Hanon, Solebox, Sneaker Freaker, and many more. 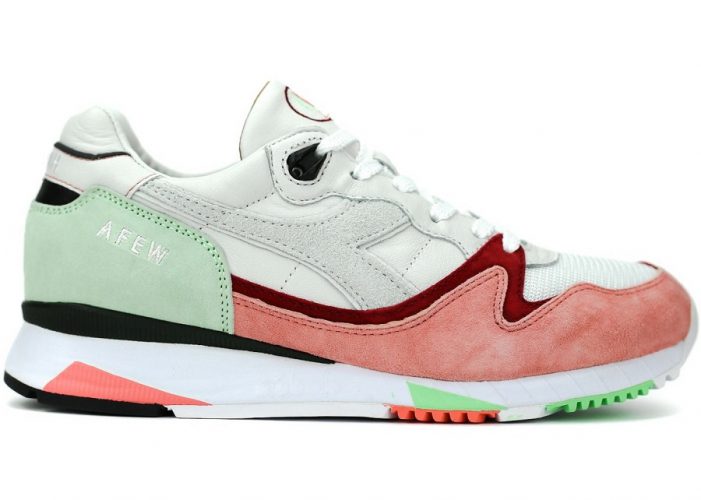 The N9000 was born in 1990 with the ‘N’ standing for Neutral. It was aimed originally as an athletic shoe with cushioning, performance and stability at its core which made it the perfect canvas for a lifestyle iteration. N9000 became Diadora’s go-to model for collaborators around the world that includes Concepts, LC23, Bait, Extra Butter, La MJC, Colette, Packer, LimitedEditions, 24 Kilates, Hanon, The Good Will Out, and many more. The typical mesh base with suede overlays and a variety of colorways has always been the trademark of 90’s runners which immediately turned it into a street favorite. 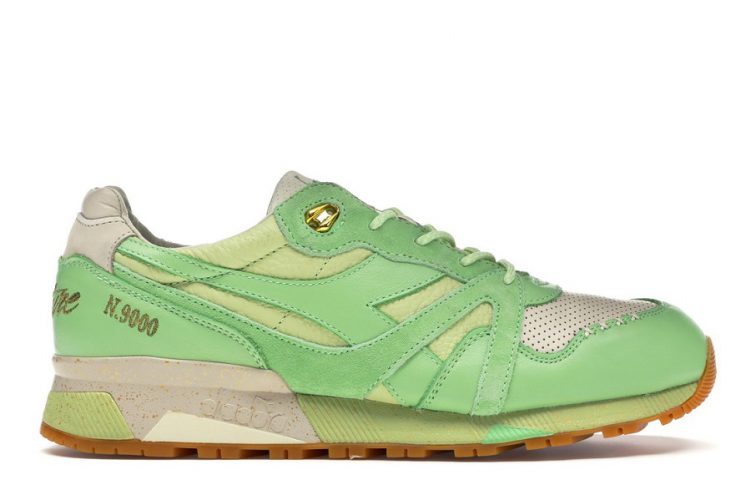 I personally prefer the N9000 because it’s the complete package. The GR’s on that model are insane as well, thanks to the whole Made in Italy line-up that comes from their in-house facility at their headquarters in Caerano di San Marco. The V7000 is a great shoe with premium materials as well, but I find the panels and possibilities on the N9000 accommodating way more creativity. The V7000 appears simpler with less bells and whistles and therefore, also has a less clunky look to it. It is surprisingly lightweight, just like the N9000 but the latter appears to be the heavier shoe simply because of design elements that give it a broader profile. Both the models are very stylish and comfortable. The GR’s created by Diadora are second to none and they have some great executions like the Castle Rock, Red Beet, Blue Corsair, Total Eclipse, Aqua pack, etc. Once again, there are hits and misses on both sides when it comes to collaborations but there are gems to be had in your treasure from both the numeric series.